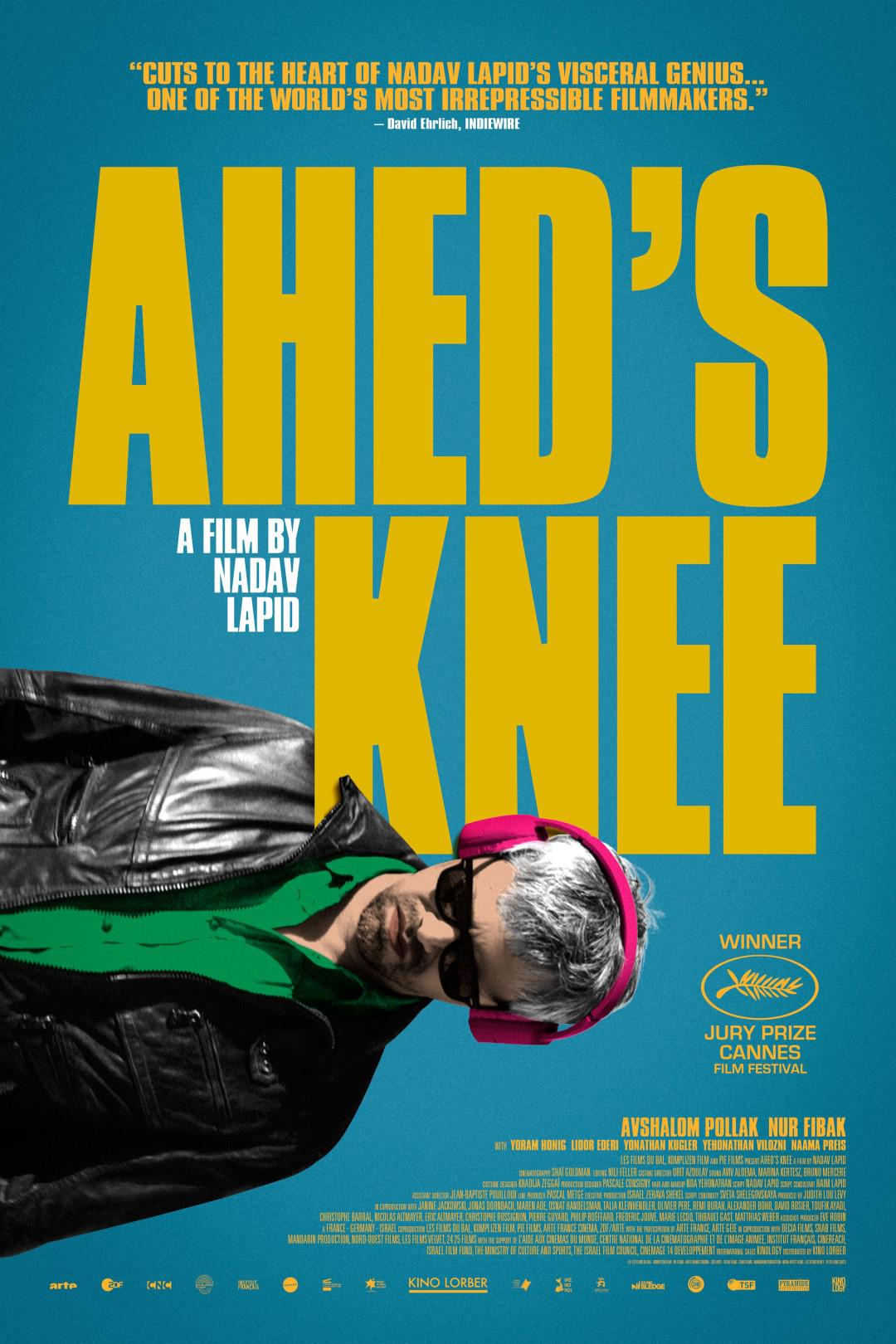 A film of radical style and splenetic anger, Ahed's Knee accompanies a celebrated but increasingly dissociated director (Avshalom Pollak) to a small town in the desert region of Arava for a screening of his latest film. Already anguished by the news of his mother's fatal illness, he grows frustrated with a speech-restricting form he is encouraged to sign by a local Ministry of Culture worker (Nur Fibak). The confrontation ultimately sends him into a spiral of rage aimed at what he perceives as the censorship, hypocrisy, and violence of the Israeli government.

"Cuts to the heart of Lapid's visceral genius and...points a new path forward for one of the world's most irrepressible filmmakers." -David Ehrlich, Indiewire