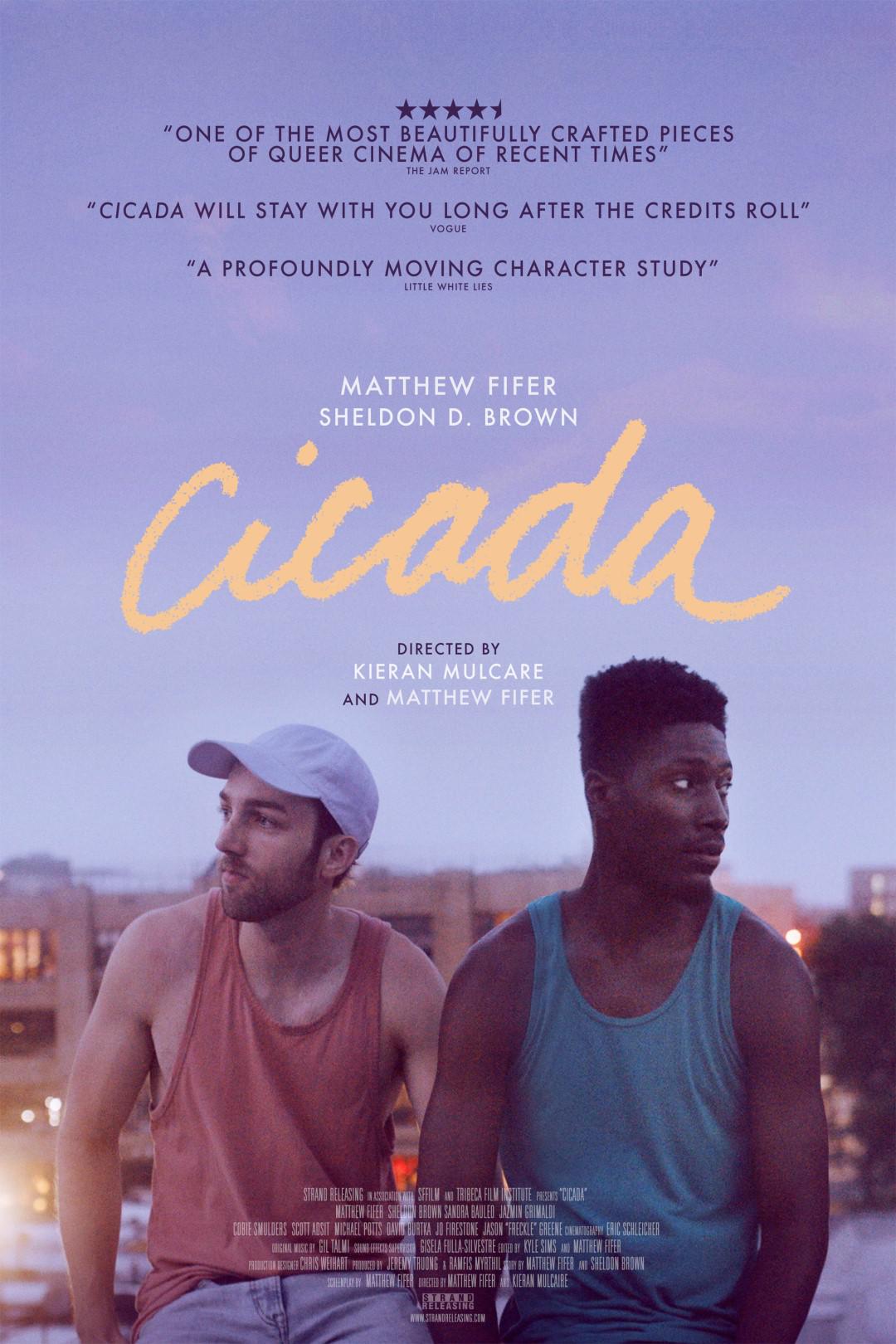 After a string of unsuccessful and awkward encounters with women, Ben (Matthew Fifer) goes "back on the dick." Cicada follows Ben, a young bisexual man, as he comes out to the world and develops an intense relationship with Sam (Sheldon D. Brown), a man struggling with deep wounds of his own. As the summer progresses and their intimacy grows, their pasts crawl to the surface.

"An intimate and frank story of gay love and identity." -Hollywood Reporter